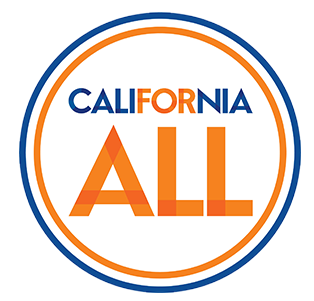 Opening ceremony to launch CERT and Listos teams as part of

California Volunteers, Office of the Governor, announced today it will kick off the California For All CERT and Listos Preparedness Conference during an opening ceremony in San Diego, CA on Thursday, May 30. California Volunteers will officially launch the volunteer teams – CERT (Community Emergency Response Teams) and Listos – who will help engage diverse and socially vulnerable Californians most at risk for wildfires and other natural disasters as part of Governor Gavin Newsom’s California For All Emergency Preparedness Campaign.

“We are ushering in a new era of disaster preparedness in California,” said Suu-Va Tai, California Volunteers’ Director of Disaster Volunteering and Preparedness. “Governor Newsom is leveraging the power of tens of thousands of trained volunteers and service members to increase community resiliency throughout California.”

In attendance will be more than 600 Listos and CERT members from primarily California. “This conference is for the volunteers who are the community leaders and champions of emergency preparedness who show up for other Californians to keep them safe and supported in times of disaster. We’re proud to host this event to both prepare them and thank them for their incredible service,” added Tai.

Opening Ceremony of the California For All CERT and Listos Preparedness Conference and official launch of volunteer and service members (CERT, Listos, and AmeriCorps) who will work to expand preparedness trainings and community resiliency support as part of the California For All Emergency Preparedness Campaign. The opening ceremony will feature several speeches from local, state and national leaders in emergency management.

-California Volunteers, Office of the Governor

-600+ CERT and Listos members from around the state

Hundreds of civilians from CERT (in bright green CERT vests) and Listos (in back/orange Listos polo shirts) program in their uniforms who represent the diversity of California in age, background and ethnicity. Members will join together with first responders in official uniform, as well as, local, state and national leaders to rally in unity to ensure emergency preparedness.

Opening ceremony will begin with a local youth singing the National Anthem, a color guard presentation and a youth from the Listos program who will give the official welcome to start the program.

English and Spanish-language interviews available upon request before or during the opening ceremony.

This event is open to credentialed media only, reporters interested in attending must RSVP to Nikka Tahan by Monday, May 27. Nikka.Tahan@CaliforniaVolunteers.CA.GOV. Upon request, media is invited to cover other days of the conference, from May 30-June 1. Space is limited.

California Volunteers, Office of the Governor, is charged with harnessing and leveraging the spirit of Californians to volunteer, serve and prepare. The office addresses state and local challenges by investing in service solutions and leveraging public, private, and nonprofit resources. Through AmeriCorps, Disaster Volunteering and Preparedness, and community partnerships, California Volunteers transforms small investments into major impacts.